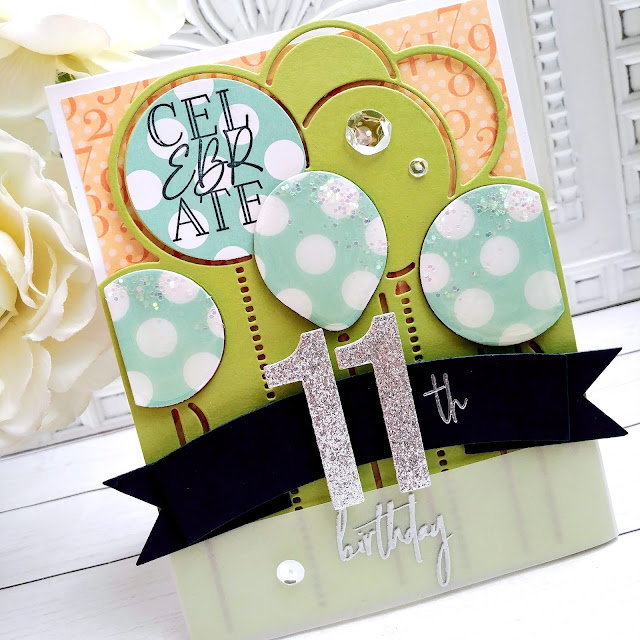 Welcome to day 3 of the Ink to Paper January release countdown! We're continuing on with the celebration as you can see! I'm using a few products from yesterday paired with some new ones being showcased today! I've got a special son's birthday this week, so I've used the new Number dies to personalize it! 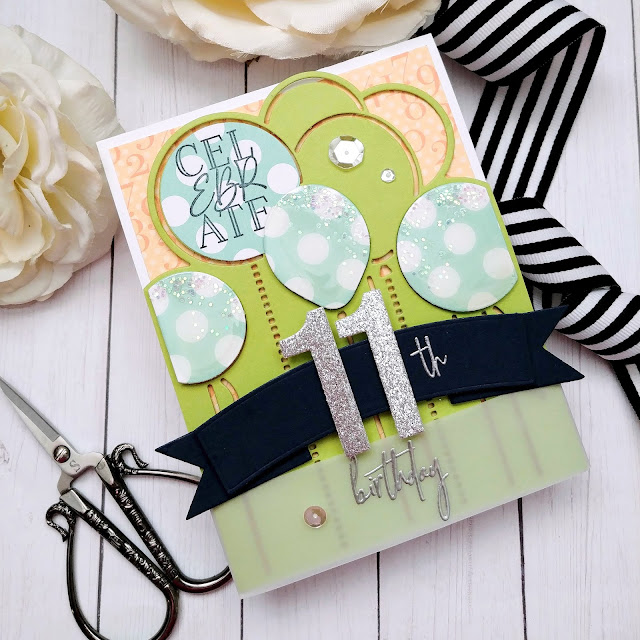 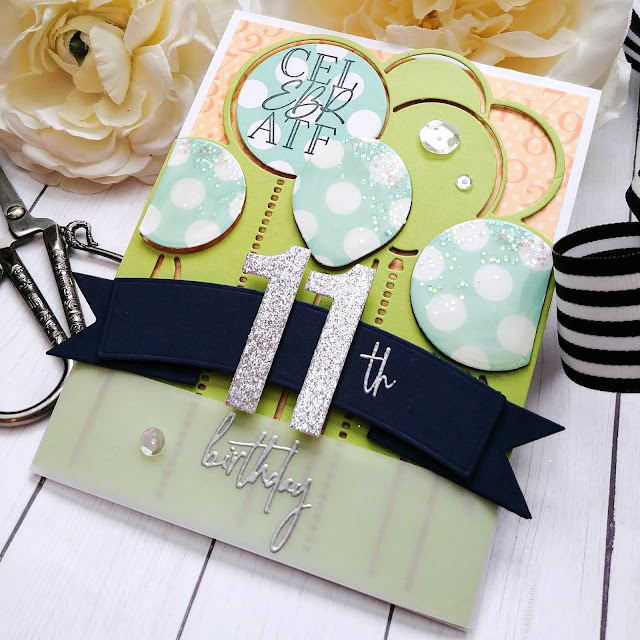 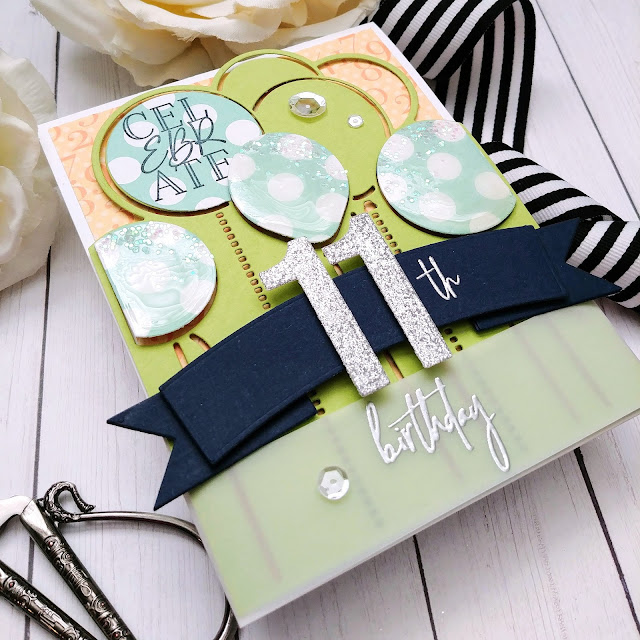 I added Nuvo Crystal Glaze over the top of the three lower balloons and then added some chunky glitter to the tops and sides. I just added a little pinch carefully to the portions I wanted glitter. 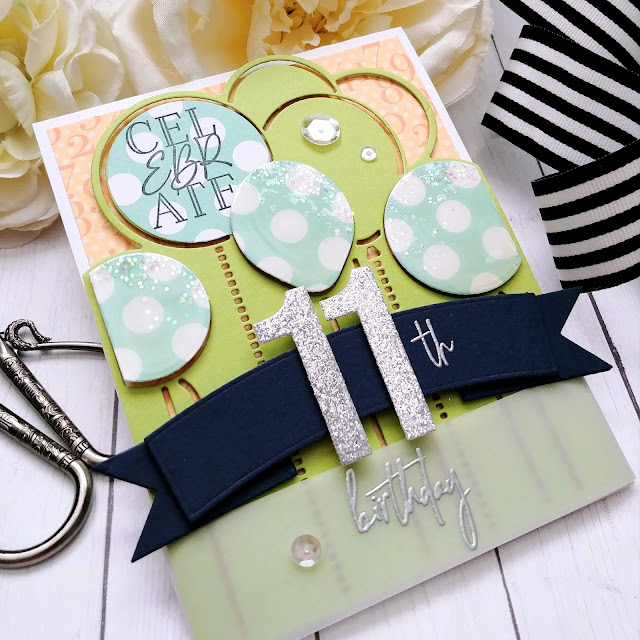 The numbers are die cut using silver glitter cardstock and then added carefully to the banner using small foam squares for dimension. 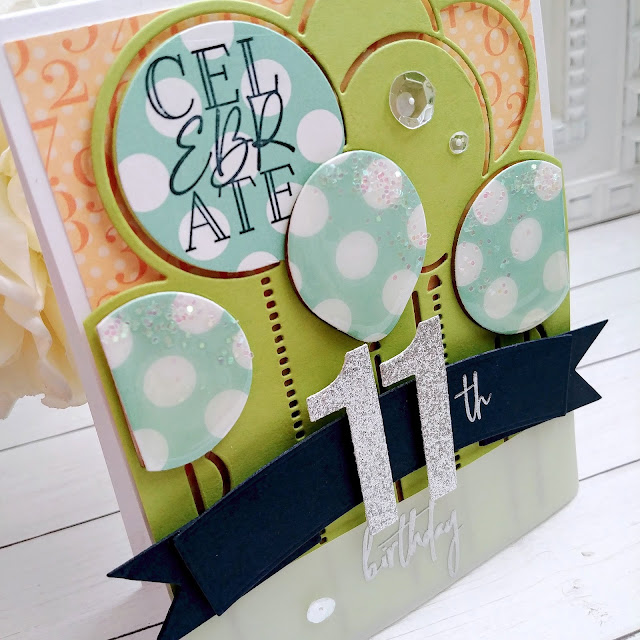 I added a few sparkling clear sequins for some additional sparkle. 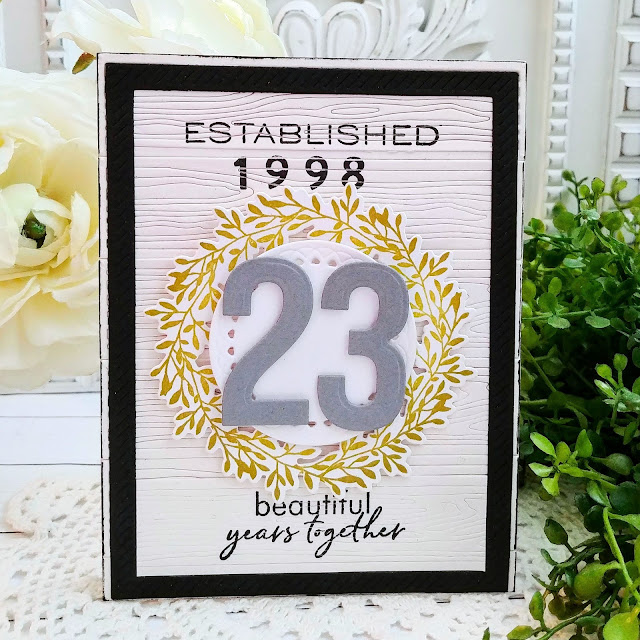 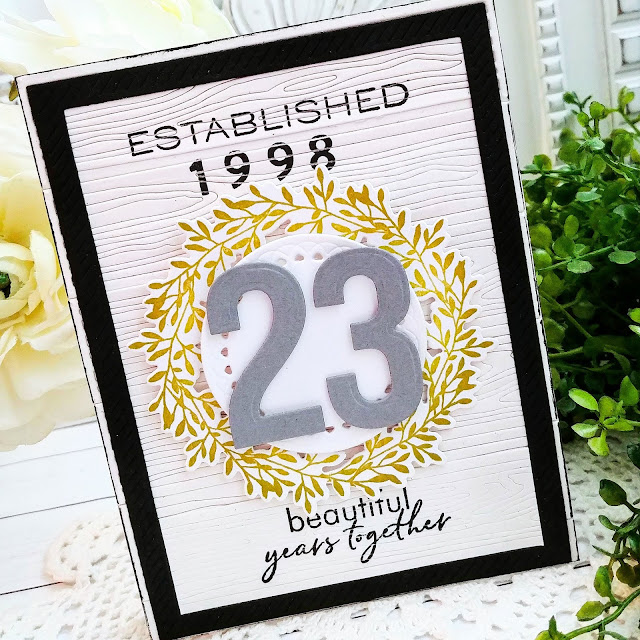 I wanted to create a graphic card to look like storefront signage. I started by adding the boards that were die cut using the Woodwork Die. They are cut from Rustic White cardstock and adhered to a Rustic White card base using a tape runner. Once that was done, I added the black frame using 1/8 inch ScorTape. 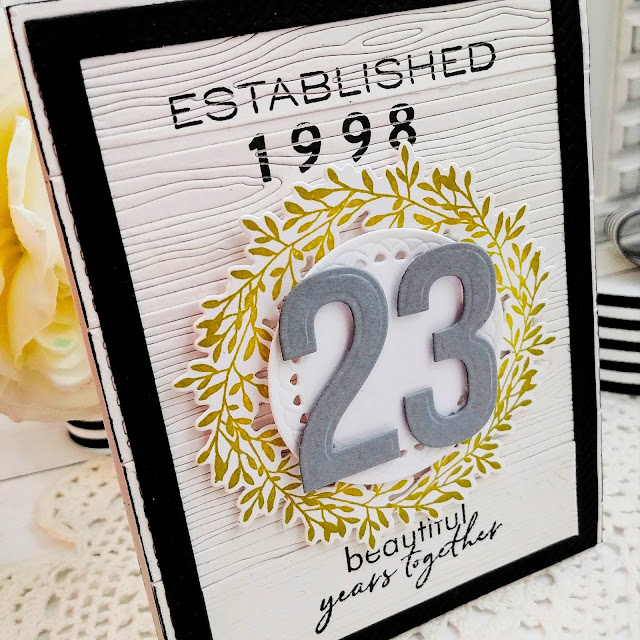 I stamped the ESTABLISHED 1998 and beautiful years together directly onto the woodwork using Black Soot Distress Oxide ink. I wanted it to have a painted look and this ink gave me the best results. 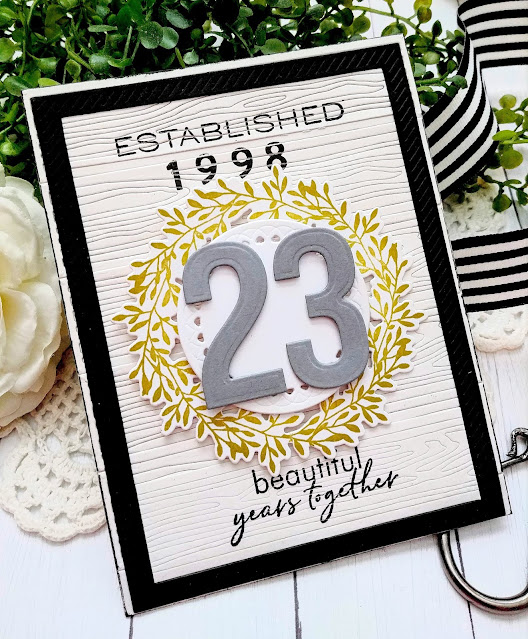 The wreath is from the previously released Wreath Favor Box Sentiments. It is the perfect backdrop for the 23, which is die cut from Weathervane cardstock using the new numbers dies. 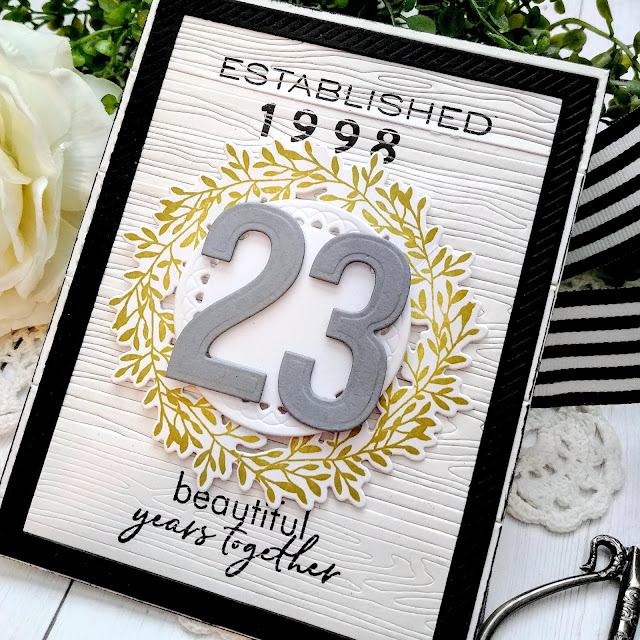 I added some additional Black Soot ink around the card for some added depth and detail.
This concludes my post for day 3! Join me tomorrow for the 4th and final day of the release! Thanks for fluttering by!
Posted by Kelly Lunceford at 5:00 AM