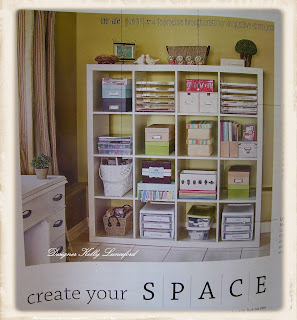 With the upcoming arrival of baby number 4, we need to make some room. With the bathroom/laundry room complete, it is now time to move onto phase 2 of our project which is to turn my craft space into my oldest son's bedroom. The walls will be going up on Friday, which means I need to get the space cleared out. I will be downsizing in a major way and will not be stamping at all in the upcoming weeks. I thought I would let you know so that you don't think that I have fallen off the face of the earth. I should be back in a few weeks stamping from my new space, which might be a 2 foot by 2 foot corner, but I will be stamping! LOL! At least I have some great photos of my space from Stampin' Success a few years back. Sniff Sniff...It is sad saying goodbye!
Posted by Kelly Lunceford at 10:27 AM 12 comments: 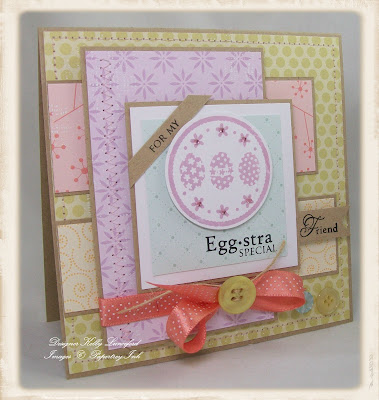 It's the first Saturday of the month and that means a new SFYTT! The weather has turned warm; at least for a few days, so I thought I would make a springy creation! Spring is definitely one of my favorite seasons!
This month's sketch is sponsored by 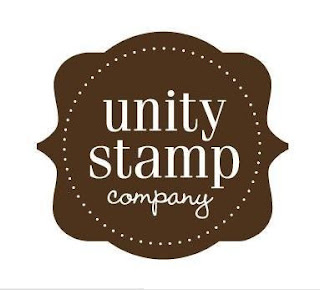 For my card, I started out making all of the panels and pieces using "Pretty Pastels" paper from PTI. My stamps are also from PTI.

The stamping is actually quite minimal on this design. I kept staring at my stamps hoping to find something that required some coloring, but decided on this instead. I got so used to coloring during my guest designer position with flourishes, it seemed weird not to color.

Since the stamping was so minimal, I decided to spice things up by adding some tiny rhinestones to the centers of all of the flowers around the focal image, add some sewing. I also played around with the sentiment to give the card some more visual interest. 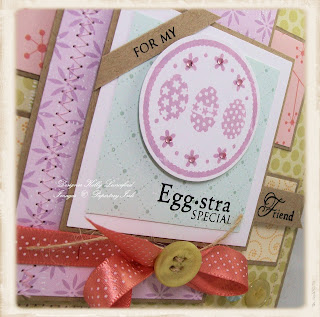 I was wishing I had some egg shaped buttons to go along the bottom, but I didn't so I just used some coordinating PTI buttons. 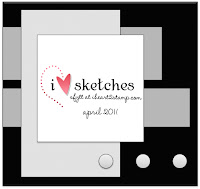 As you can see, this month's sketch has a lot of fun options, especially with pattern paper or different textures. I hope you all get a chance to play along this month! 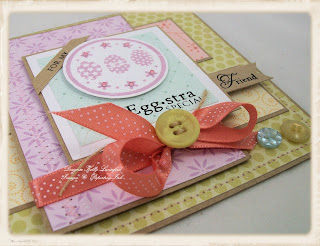 You won't want to miss the other designers! !Jen Del Muro and New Guest Designer and welcoming Terri Moore Amy Rohl ( we are saying goodbye to her (sniff, sniff) Susan Liles (she is sitting this one out) {HUgs} Amy Sheffer Leigh O' Brien, (we are saying goodbye to her as well (more sniffles) Amber Hight Megan Lock Sony Christoph Jodi Collins CAROLE Kerry Johnson Thanks for fluttering by!
Posted by Kelly Lunceford at 6:00 AM 8 comments: