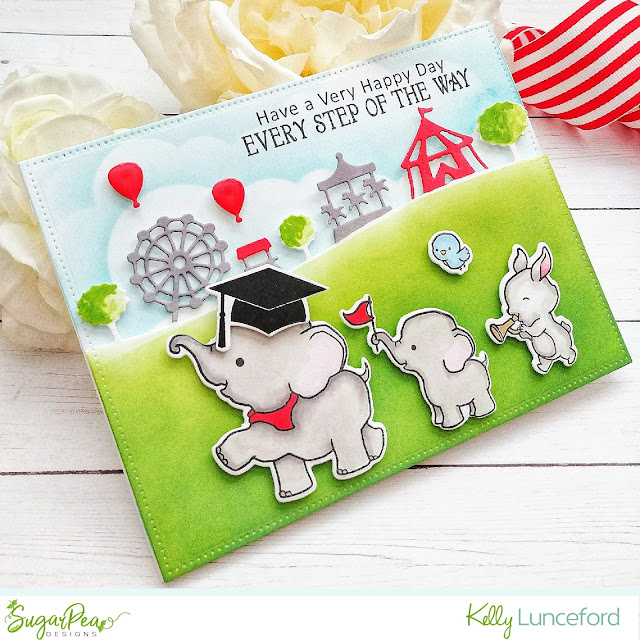 Hello and welcome to the SugarPea Designs Sweet 2 Repeat Blog Hop! I always love this hop because I get to pull out some of my favorites from the release! The new Strike Up The Band stamp set is just the cutest and is just perfect for a preschool graduation card for my son! Before I dive into the details, don't forget to hop along to the other designers' blogs as well to see what they've come up with! P.S. I think quite a few of us think this is a fun set! LOL!
Amy Kolling
Jeanne Jachna
Lea Lawson
Kelly Lunceford
Raluca Vezeteu
Simonne Clay
Stéphanie Beauchamin
Tatiana Trafimovich
Tricia Barber
Vera Yates 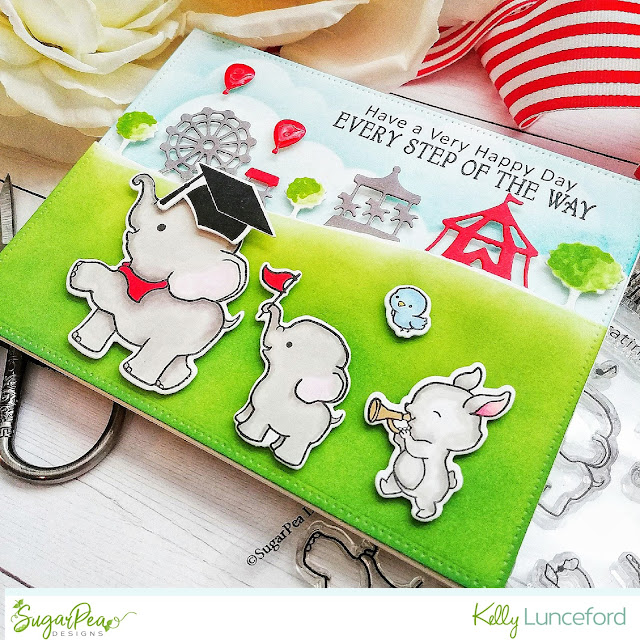 One of my crafty friends @dkirbystamps made the cutest graduation card with an elephant wearing a graduation cap. She was my inspiration 100 percent to add the cap on this cutie! It just so happens that the hat from the For The Graduate stamp set was the perfect fit! 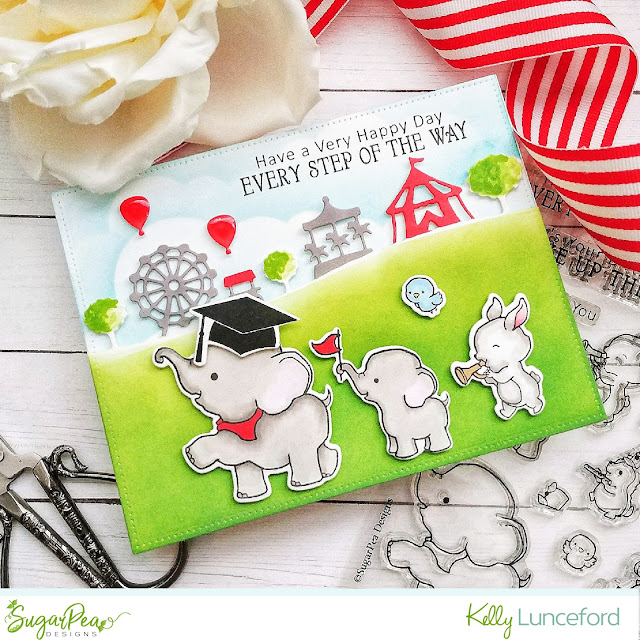 To begin this design, I die cut the CarnivalScape SugarCut out of white cardstock and then added the pierced detail around the edge using the new Card Front Element Builder II. I hadn't planned on coloring it, but rather leave it white like I did on THIS  card, but after it was put together, I decided I wanted to try adding some color. So....my suggestion is to color it at this point rather than waiting like I did. I had to place some scratch paper underneath the images as I colored them to make sure I didn't get any on the blue cloud background. I used Mowed Lawn Distress Oxide Ink to blend in the grass. 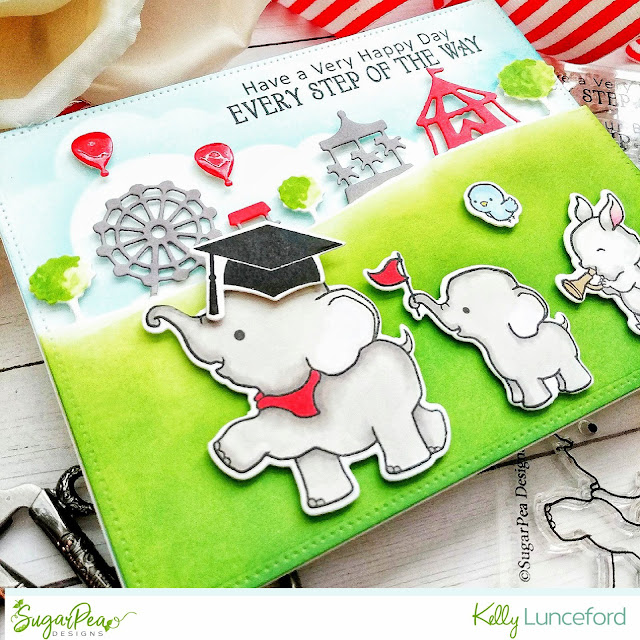 I also die cut another panel of white cardstock using the same Card Front Element Builder II to get the pierced detail at the top. I also blended a cloud background for some added detail. I also used my mini MISTI to add the sentiment. Once that was done, I layered the other piece over the top using foam squares for dimension. I stamped and colored the animals using Copic markers and then die cut them using the coordinating Strike Up The Band SugarCuts and added them to the card using additional foam squares. 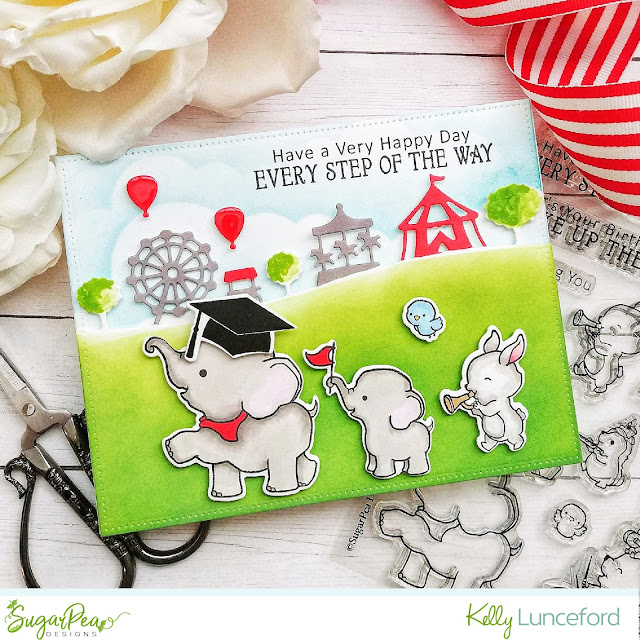 The CarnivalScape comes with the balloons as well, so I colored those using red Copic markers and added them to the sky using foam squares. I also  gave them a coating of Crystal Glaze to add some realistic shine. My cute son asked me recently if one of the cards i was making was for him. I told him no, but that he would getting one soon. I hope he's pleased with this sweet design! Thanks for fluttering by!


Posted by Kelly Lunceford at 4:00 AM

Oh gosh that is so cute!

Awww this is so so cute!! Love this adorable scene! :)

Super adorable! Love those cute elephants.
Thanks for the inspiration.

What an adorable card! I just love the sweet parade of animals. :) I'm sure your son will be excited to receive this card!

Aww, just so sweet a card! Your son will love it indeed!

Your card is just so sweet! I love the circus theme!

What an adorable little scene! Very bright and happy.

What a DARLING little parade! I love these elephants!

The rides in the background add so much to the cute animals. NICE job.

So cute and perfect for a preschool graduation.

This is such a fun graduation design and I love the carnival rides in the background!

What a fabulous graduation card this is!!

Fun card. The circus theme
worked in well with the parade.
Love it. thanks for sharing
txmlhl(at)yahoo(dot)com

Such an adorable card...lots of love to these baby elephants!!

I love your card, so sweet and adorable!