SugarPea Designs Mix It Up Challenge #55 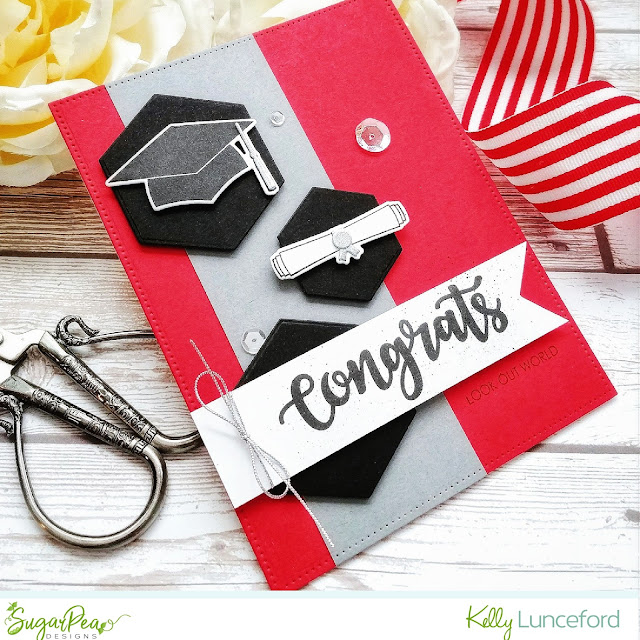 Today's a busy day on the blog; I've got Moms, Dads {coming a little later today}, Grads  and birthdays {later, too}. I'm playing along with the new SugarPea Designs Mix It Up Challenge to create this spirited college graduation design. Just when I thought I had all of my graduation cards made, I got a few announcements for the college graduates, too! Not that I mind; I love celebrating these awesome achievements! You can read more about the challenge on the SugarPea Designs Blog. 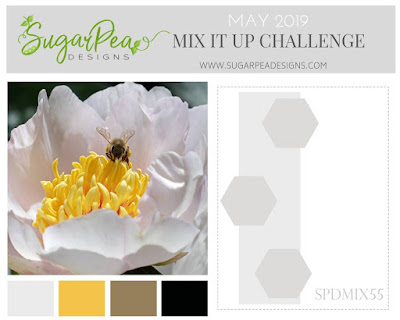 As you can see, I only used one side of the challenge this month and I realized AFTER THE FACT that  I didn't even put my hexagons on there properly either! LOL! Oh well......... 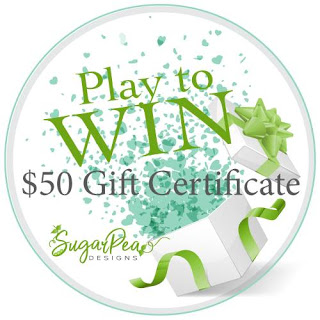 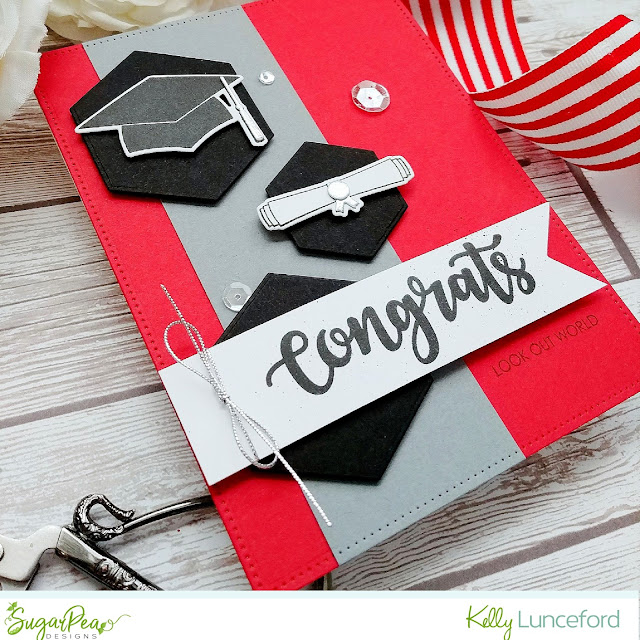 I fell in love with the new For The Graduate stamp set; it is definitely one that will be used year after year. There are so many different combinations to try that I can't see myself growing tired of it! To begin, I die cut a piece of red cardstock using the newly released Card Front Element Builder II to get the stitched look around the edge. I also die cut the strip as well so that it would have a seamless and cohesive look. 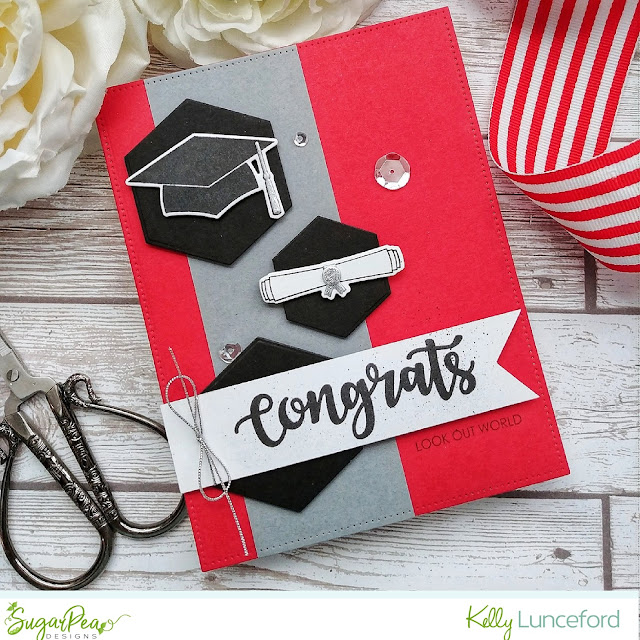 I used the Stacked Honeycombs SugarCuts to create the black hexagons.  I added them to the side of the card with foam squares. I stamped the graduation cap, diploma scroll and "Congrats" sentiment onto white cardstock using black ink. I die cut the cap and diploma as well as the little silver accents using the For The Graduate SugarCuts. I adhered the accents using liquid glue. 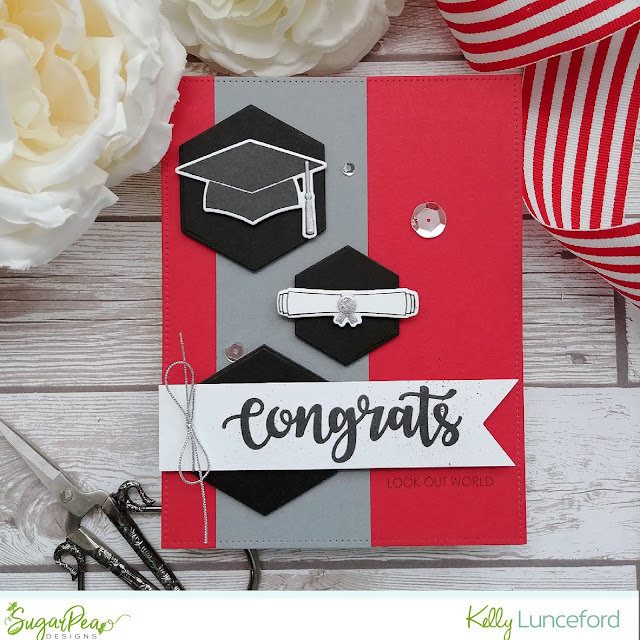 Once the "congrats" panel was added to the card, I used my Color Spritzing Tool to spritz it with some black ink. I also tied a bow of silver cord around the sentiment strip for some shine. 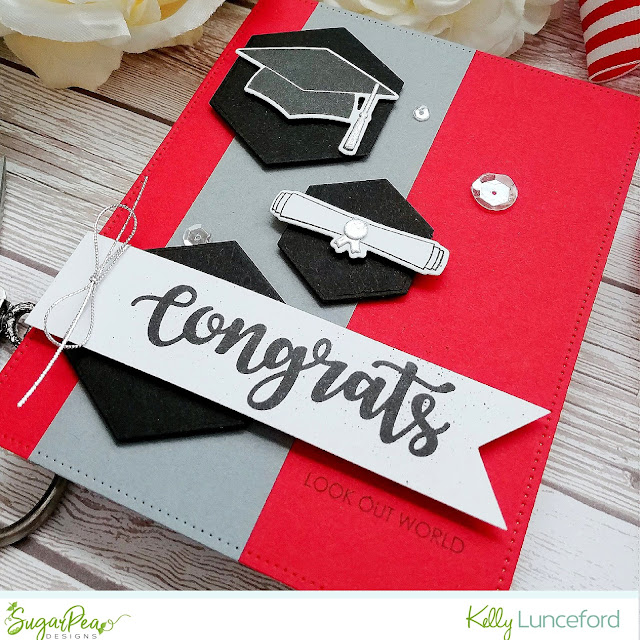 The "look out world" was an afterthought, but I was able to add it using my mini MISTI, making certain I didn't smear any black ink onto the raised "congrats" panel. I wish I would have stamped it one more time to get a darker impression, but I felt like I was already playing with fire! LOL! I added a few sparkling clear sequins for some added detail. 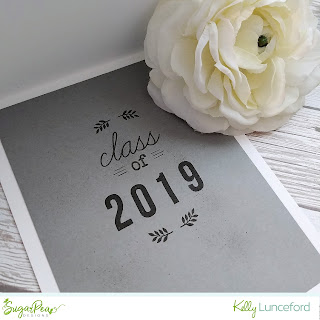 Because I love all of the images so much, I decided to jazz up the inside of the card as well. Once again, I used my mini MISTI for exact placement. I actually really like the simplicity of this and think that this would work nicely for a CAS graduation design all on its own. I know that I have at LEAST one more graduation card to make, but a few more might sneak up as well! Thanks for fluttering by!
P.S. I hope you get a chance to play along this month.

Posted by Kelly Lunceford at 3:59 AM

Super fun card! I love a graduation theme! So exciting. I love the hexagons on that red background! Hope you have a great day!