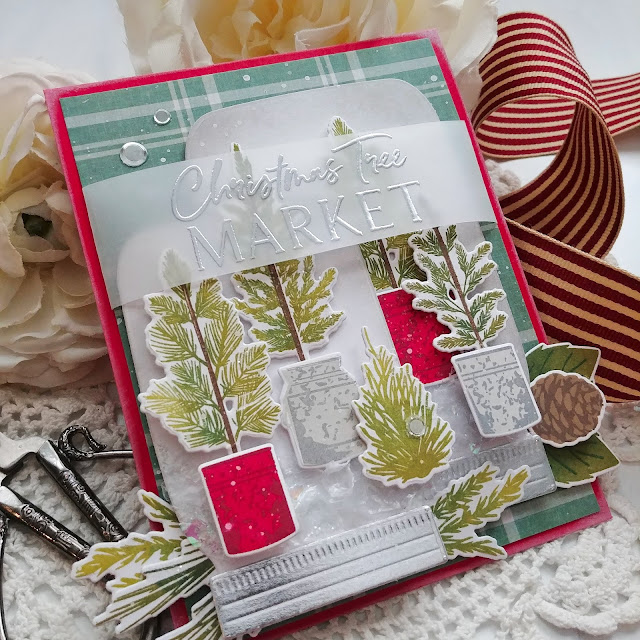 Hello friends! It's finally the day for the September Papertrey Ink release! All of the products will be available for purchase beginning at 10 PM ET TONIGHT! I was having such a fun time with this release, I just couldn't put it away so I created this bonus card using the AMAZING new Farm Fresh Trees stamp set paired with, you guessed it, Sprigs and Sprays: Holiday! I am obsessed with how easily they are to work with and the beautiful results!
I used the cute new jar dies from the Spook-tacular Halloween Kit to create these snow globes for the trees. 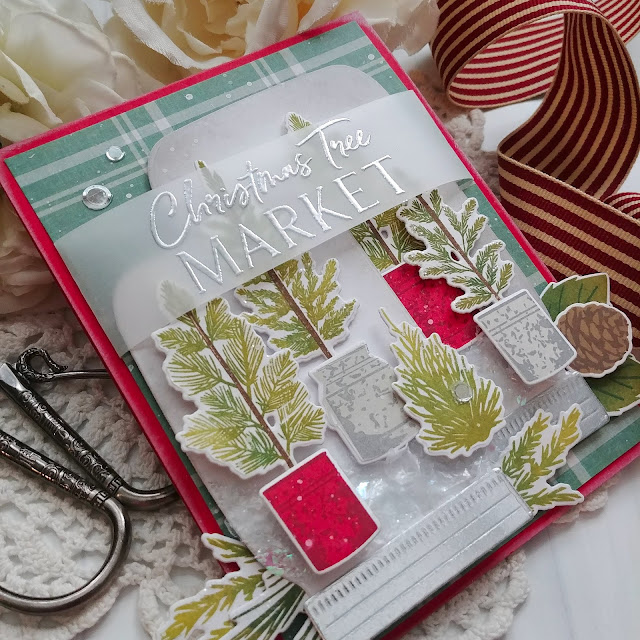 I chose to use the 2 largest jars, but in the end, I really wish I would have just used the largest jar by itself so you could tell that it is a jar with the trees inside! ha ha! I will admit that in-person, you can tell that it is two separate jars a lot better than it appears in the photos.
To begin, I die cut all of the pieces from the Sprigs and Sprays: Holiday  AND all of the trees and containers from the Farm Fresh Trees set. I stamped them quickly using my MISTI and then got to work on the jars. 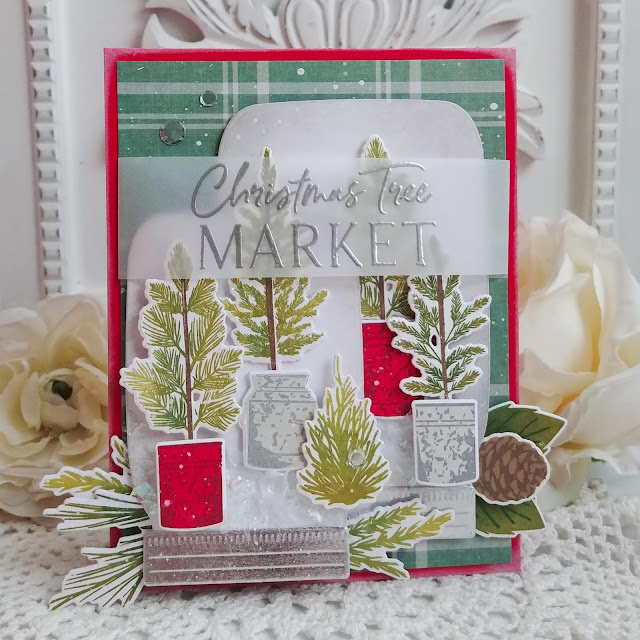 Originally I planned on using acetate for the jars and I used Cotton White StazOn ink to add some "frosty" edges, but in the end, I felt like it was going to be "over worked" and too fussy, so I settled on the white jars with a touch of grey ink around the edges to make them appear more realistic. 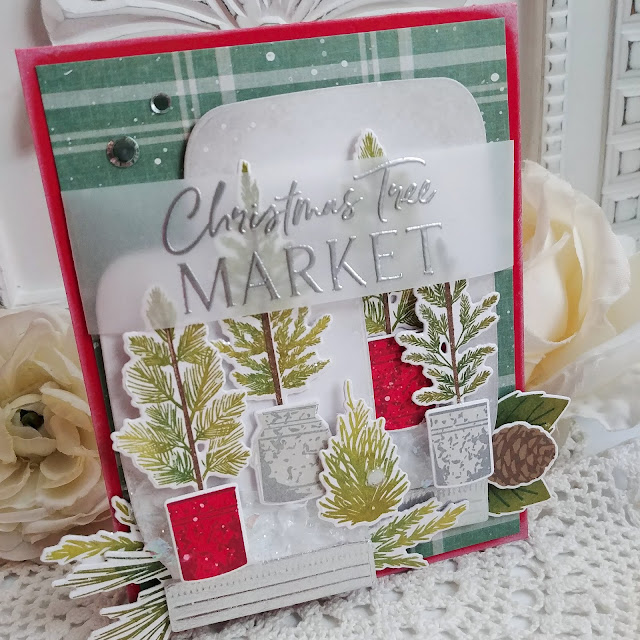 Before I began adding the trees and foliage, I added some faux snow to the jars to give them that snow globe look. It also allowed me to arrange the trees to give them more visual movement, rather than just having them at the bottom of the lid, if that makes sense! 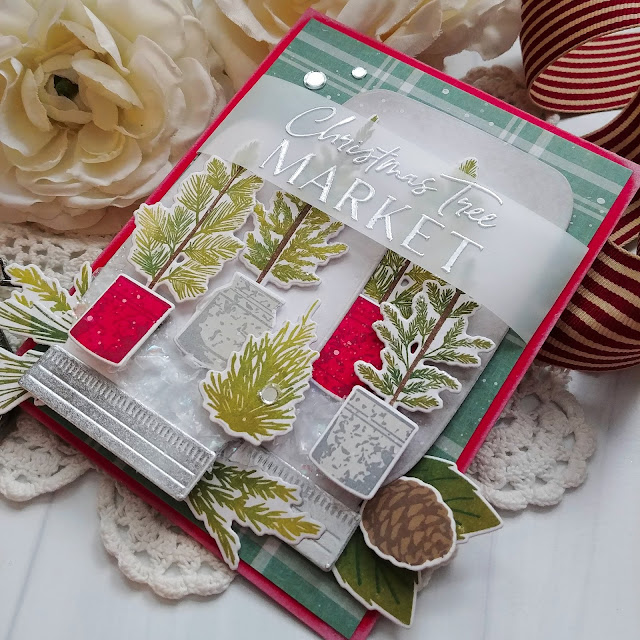 I had originally planned on having the "Christmas Tree Market" sentiment directly on the acetate jar, but when I scrapped that idea, I needed to rethink the sentiment. I decided to heat emboss it in silver onto vellum and wrap it around the focal panel to reinforce the metal of the jar lids and galvanized containers. Of course I couldn't resist adding some white paint splatter to mimic snow and a few of the new sequins without holes that I used on many of my release projects! I also added some glitter to the trees to give them some sparkle and shine! This is such a fun set and I have some trees and foliage left over, so I definitely see more projects made with this fun set! Thanks for fluttering by!
Posted by Kelly Lunceford at 5:00 AM

FABULOUS card from the plaid background to the frosted white Mason jars and the lovely trees inside them! Cannot wait to order these sets tonight!! :0)