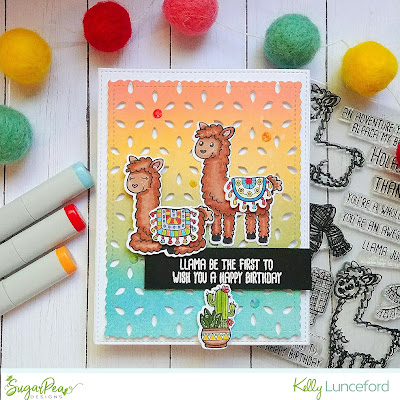 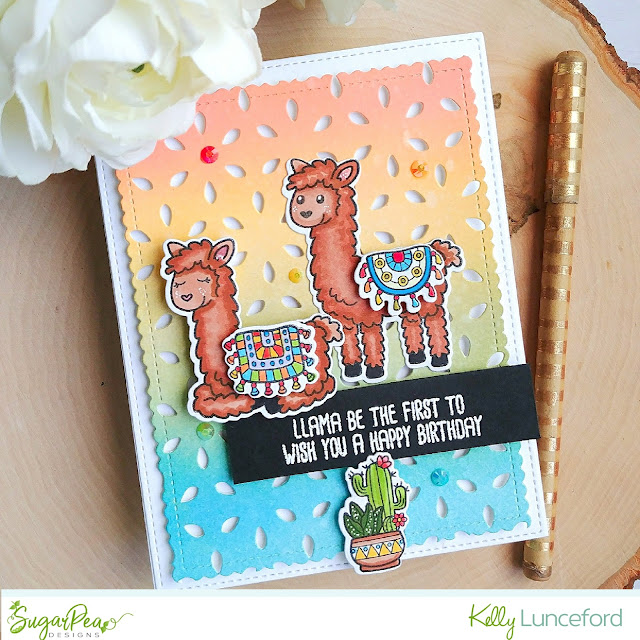 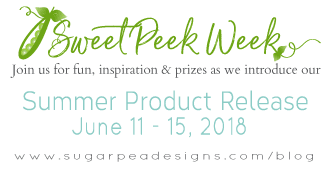 Welcome to Day 1 one the SugarPea Designs Summer Release Sneak Peeks! I'm head over heels in love with so many of the new stamp sets! These little Llamas and all of their accessories are just like playing paper dolls! LOL! You can see what the rest of the designers have come up using this new set by heading over to the SugarPea Designs Blog 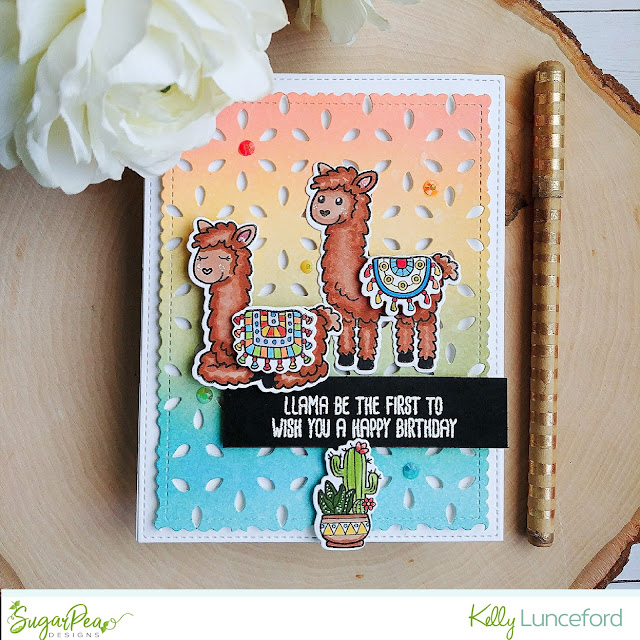 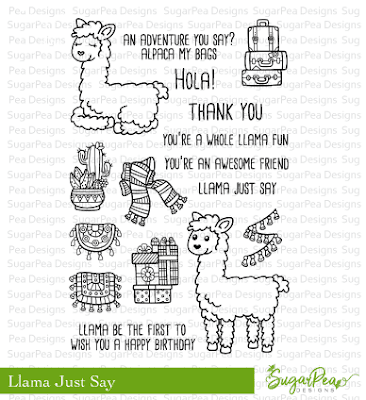 Isn't it adorable? It is called Llama Just Say and will be available for purchase at the end of the week! Speaking of the week, June is just flying by! My kids had their first full week of Summer vacation and it has already been a whirlwind! I'm hoping for some of those lazy days I've been dreaming of! LOL! 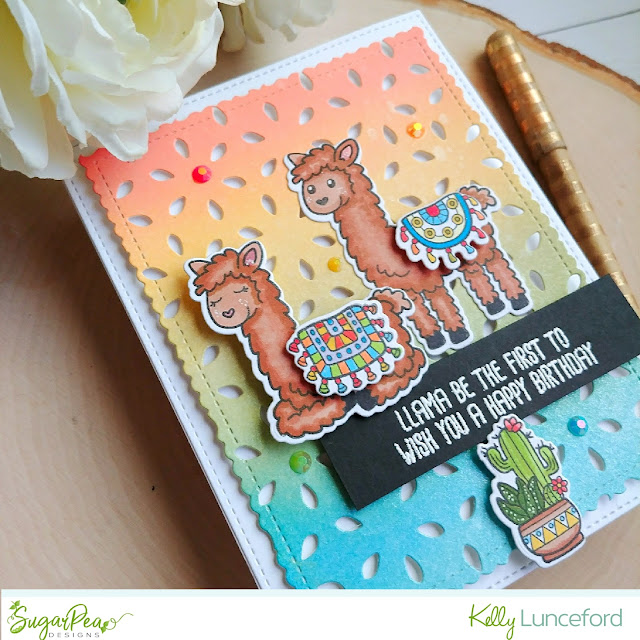 To begin, I started off by making a colorful rainbow background by sponging some distress oxide inks onto a piece of white cardstock. I used the Eyelet Coverplate to die cut it and then used the Cardfront Element Builder SugarCuts to give it the scalloped edge. I also used another one of the die cuts to create the stitched edge on the white piece. I used the same technique on THIS card. It reminded me of a Mexican Picado banner, so that is what I was aiming for! I also spritzed it with shimmer spray for some sparkle. 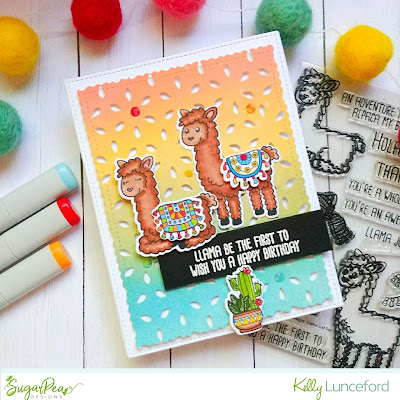 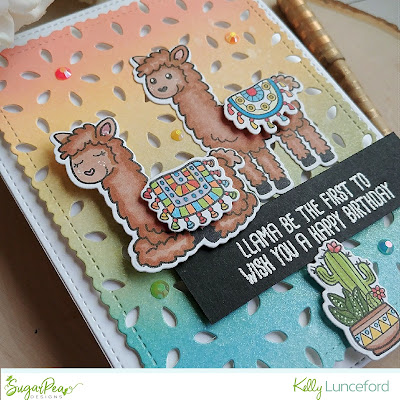 The sentiment is heat embossed in white onto black cardstock for some contrast. I think all of the sentiments are so cute! The images are stamped in black and then colored using Copic markers. I used the coordinating Llama Just Say SugarCuts to die cut them. I used foam squares to pop them up. I added a few rainbow gems here and there for some added detail and shine! Join me tomorrow for Day 2 of the release! Thanks for fluttering by! 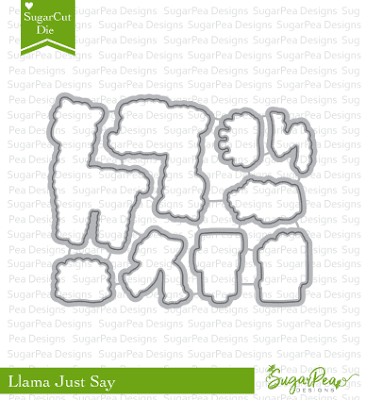 Two llamas are even better than one in your beautiful card!

Thank you, Dee Ann! They were fun to color and "dress"! LOL! Thanks for stopping by today!💕💕💕

Okay, I just got to have this stamp set. Your card is so cute.

Adorable card and I love your background with these fun little llamas. So fun and great job.

Cute llamas and I like your coloring and the background.

Love the blended background! The cover die plate with the scalloped edged reminded me of the intricately cut streamers they hang during town fiestas. Very cute llamas!-Maria Giselle B.

Adorable card. Love those llamas and love that background die.

Great card! I love your use of color and the cover die for the backdrop.

Kelly, this is fantastic! I love the gorgeous background and the adorable llamas! XX

SUCH incredible COLORING! WOW! And I love the background!

What a fabulous background idea and the llamas are adorable.

Fantastic card! Beautiful coloring and I love the background, the die is the perfect touch.

this is fabulous!!! I love that background!

Oh my!!! Your card is simply stunning!!! Love the background!!!

What an adorable card !! And your background is so gorgeous !!
[margessw(at)icloud(dot)com]

your background is so beautiful!!!

Oh my gosh!! I love how you colored the background and used that terrific cover plate. Your card is fabulous ;)

Love the vivid colors of your lovely card!

Beautiful card! Love the background die that you used. :) It looks great.

Adorable card, and such a pretty background!

I love everything about this, it’s very very cute.

What a great background for these really sweet llamas!