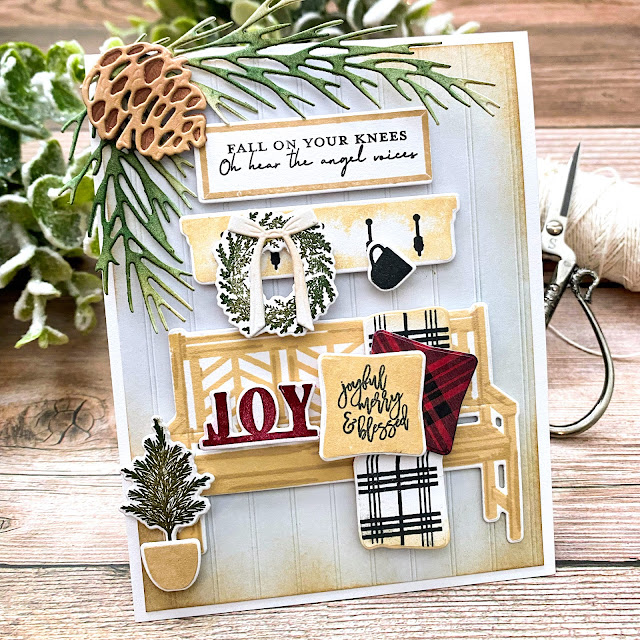 I can't believe we've made it to the last day of the Papertrey Ink November release countdown! On day one I mentioned that I hadn't listened to any Christmas music, yet, but that has ALL changed! ha ha! I was having so much fun crafting and listening to Christmas tunes finishing up my projects for the release!
My first card for today uses the new Winter Bench stamp/die set! I actually made two cards; there's one photo of the second card a little further down. I ended up die cutting everything twice because I thought I was going to use two of the trees on one card, but since I didn't, I decided to make a second card while I still had everything out! 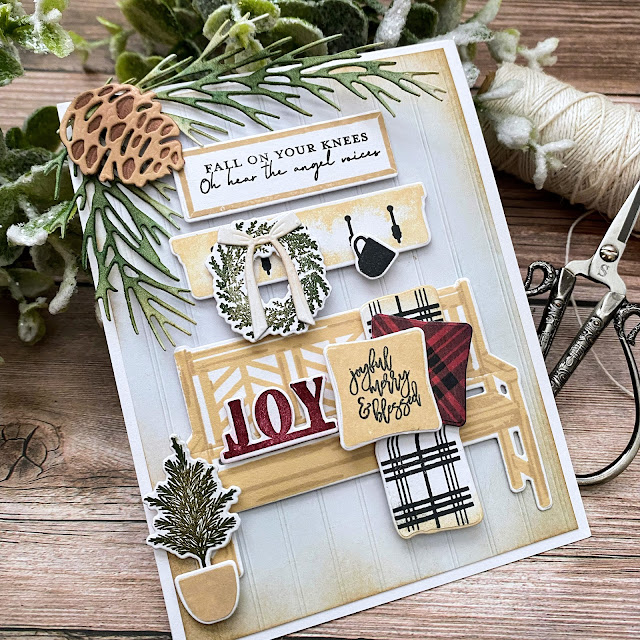 I had fun stamping all the cute accessories to bring this fun Christmastime scene to life! 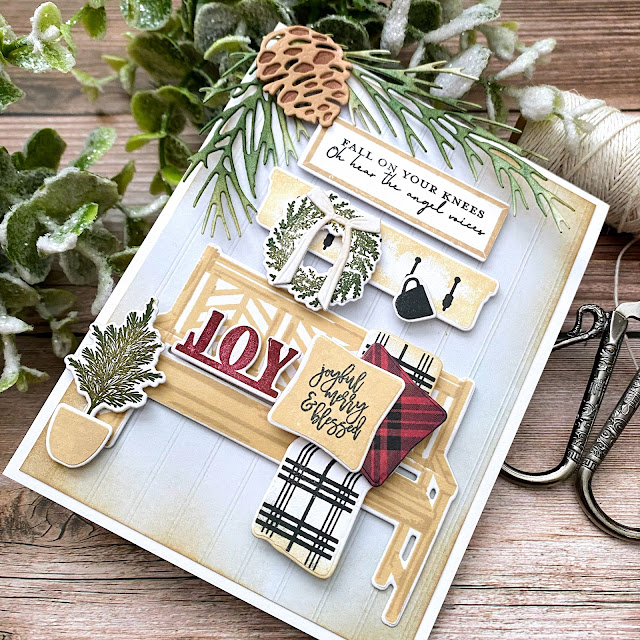 I wanted to make a plaid pillow, so I die cut the pillow shape from pattern paper. While I was looking through the pad that the plaid paper came from, I happened upon the paper I used for the background which ended up being perfect! It looks just like a wall of bead board or Shiplap. I used it horizontally on my second card so it looks more like Shiplap. 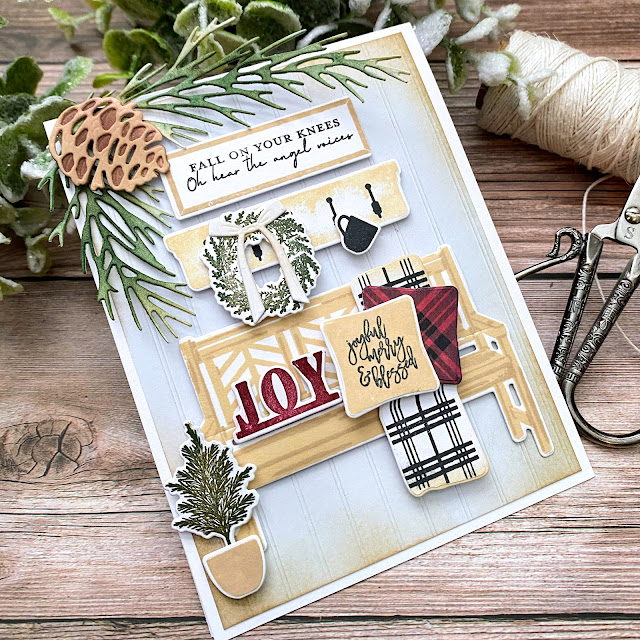 I added a pinecone and pine branches to the corner for additional detail. 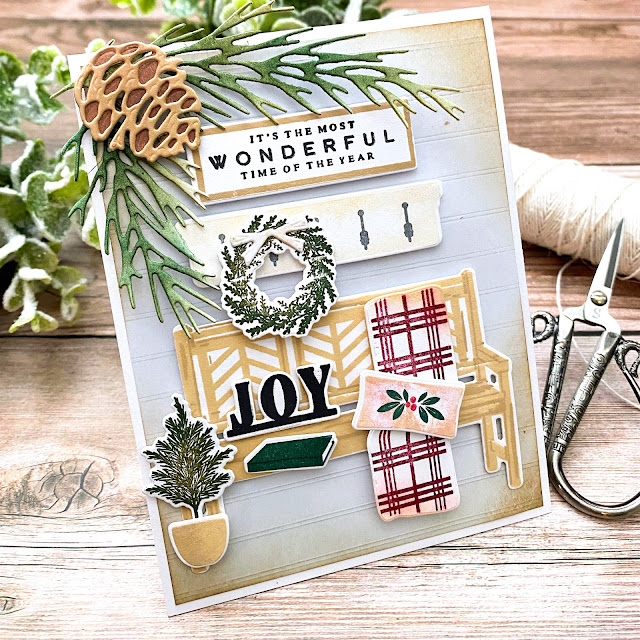 This is the second card that I made, just a few differences, but I like them both! 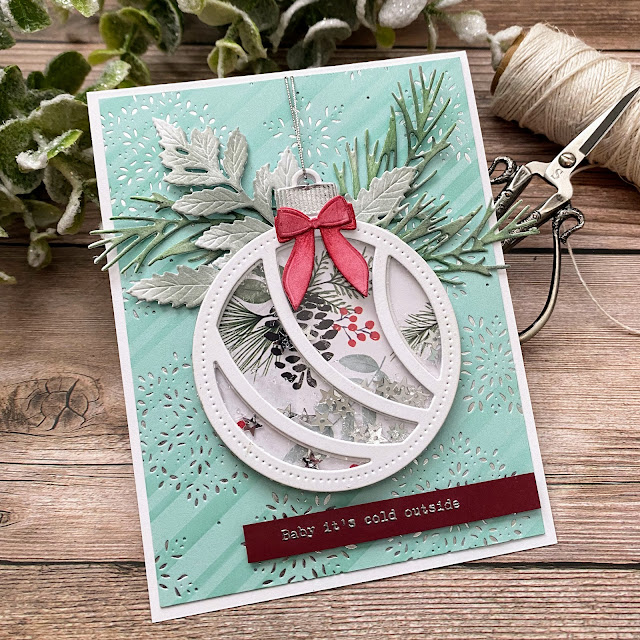 My next card uses the new Christmas Shaker Dies; if you've been around awhile then you know that I'm not much of a shaker card kind of gal.(I seriously struggle) With these new dies it is SUPER easy; there is a bell shape, tree shape, and the ornament that I chose to use today. 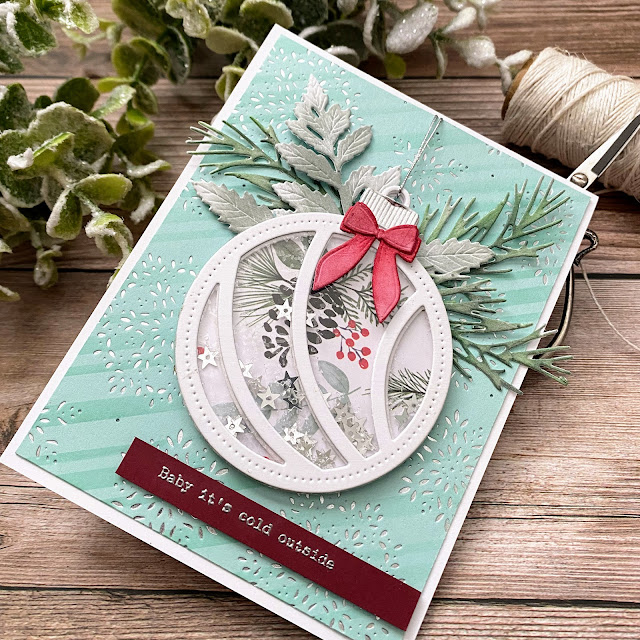 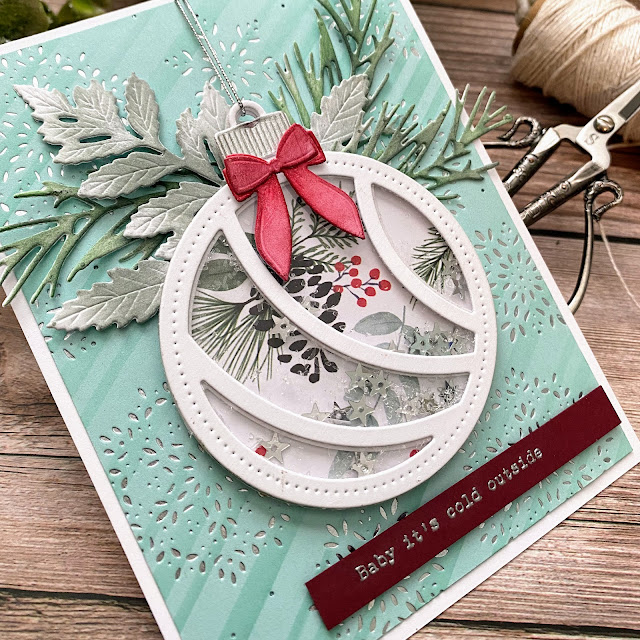 I chose some sprinkles and sequins from the retired Shakers and Sprinkles set to fill up my ornament. 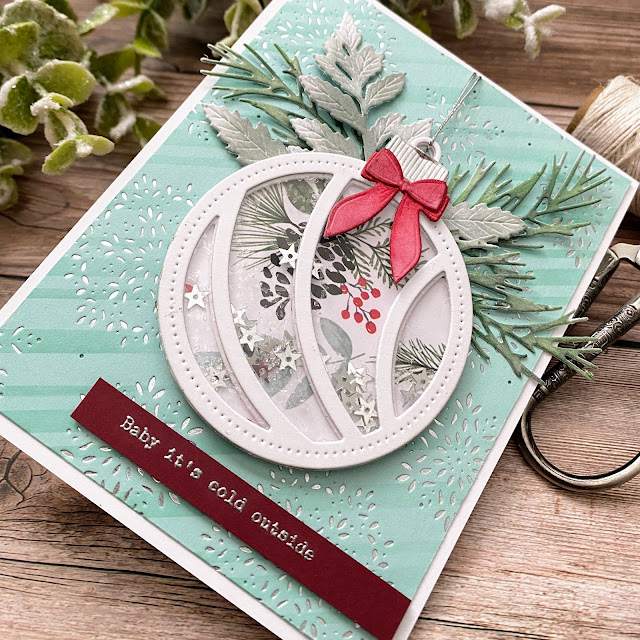 The background was created by stenciling an Aqua Mist panel of cardstock using the new Show Your Stripes stencil set. I also added the foiled  Fanciful Snowflakes Background because I'm obsessed! 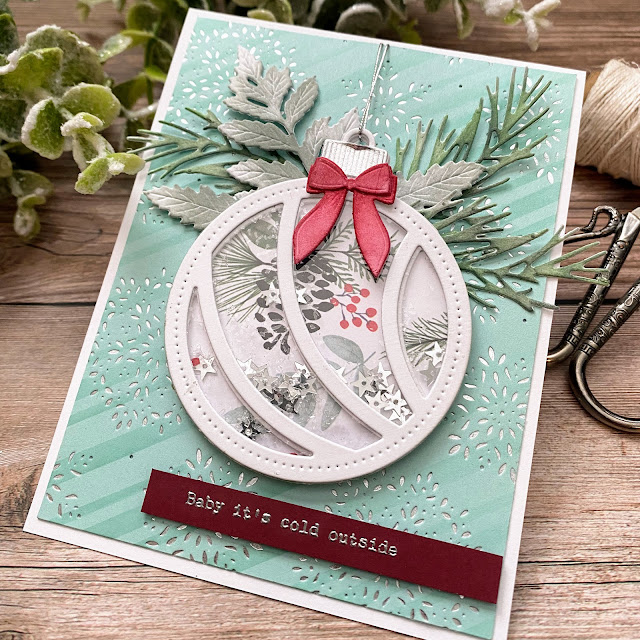 I chose some leaf dies that went well with the foliage on the pattern paper I used in the shaker. I tucked them behind the ornament. 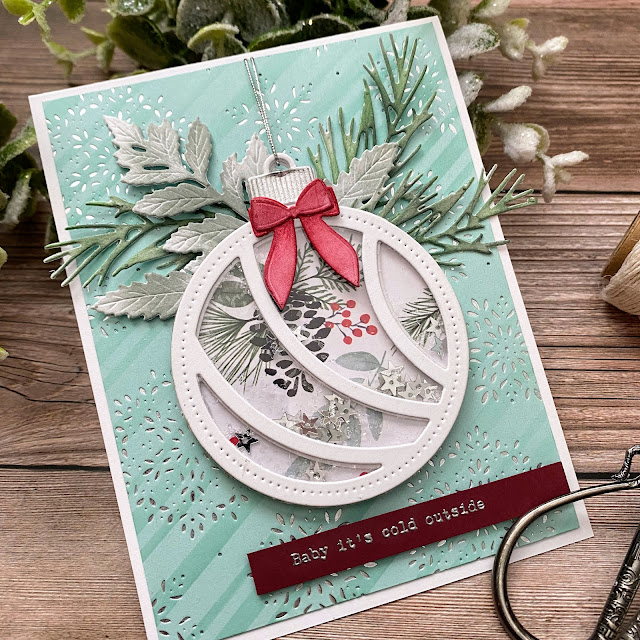 I looped some silver cord at the top of the ornament and secured it on the back of the focal panel using tape. I also added a bow from the Bows Galore die set for added detail. The sentiment, which is from the new Just Sentiments: Winter Wonderland, is heat embossed in silver on a strip of Scarlet Jewel cardstock. Tomorrow night is release night at 10 PM ET. Thanks for fluttering by!
Posted by Kelly Lunceford at 5:00 AM

I Card Everyone said...

You've aced your shaker, Kelly! and it's beautiful!
LOve the bench and could sit a while right there - looks just like the board n batten siding we have to me!
=]

The Winter Bench set creates the most beautiful and cozy scene! I love your sweet cards. The colors are perfect. 😍

I love your ornament card! I know what you mean about that snowflake foiling plate. It is gorgeous! The stenciled diagonal stripe is perfect. Love your color choices.

Oh my your ornament shaker card is gorgeous. Love your colour scheme. I just got the snowflake foiling plate, can't wait to use it.

I just love the scene you put together using the bench and shelf!

Super attractive ornament! The foliage you chose is perfect!