Summer birthdays are the most fun! 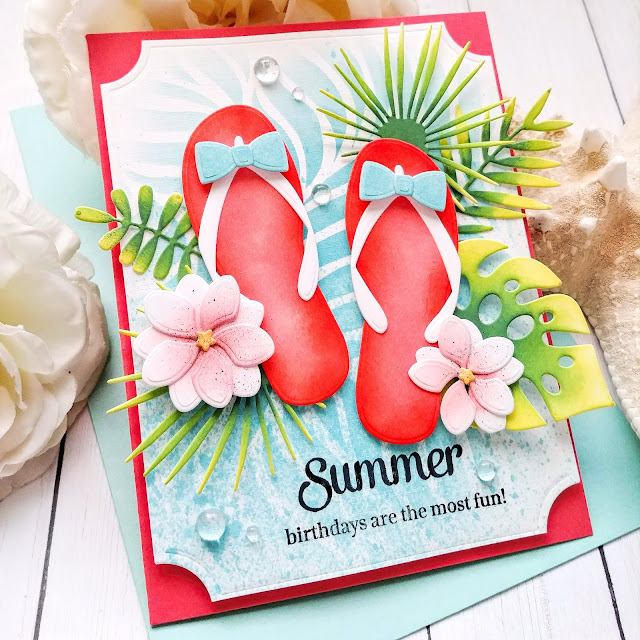 Happy August friends! I thought I'd pop in here to share a summer-y birthday card AND to let you know what's been going on around here! You all probably think that I've dropped off the face of the earth, which I guess I have! ha ha! I had already planned to take the summer off from most of my design work, but I guess I never really said anything here! I have some projects coming up later this month using some new products that I KNOW you'll love! Other than that, I'll be returning to all of my normal work in September, so things will definitely pick up then! In the meantime, I have a card I created yesterday for a new friend's birthday. I know I've mentioned it a time or two, but making summer cards is my favorite and I haven't done as many as I would have liked, so....I decided to whip something special up for here using a mashup of supplies! 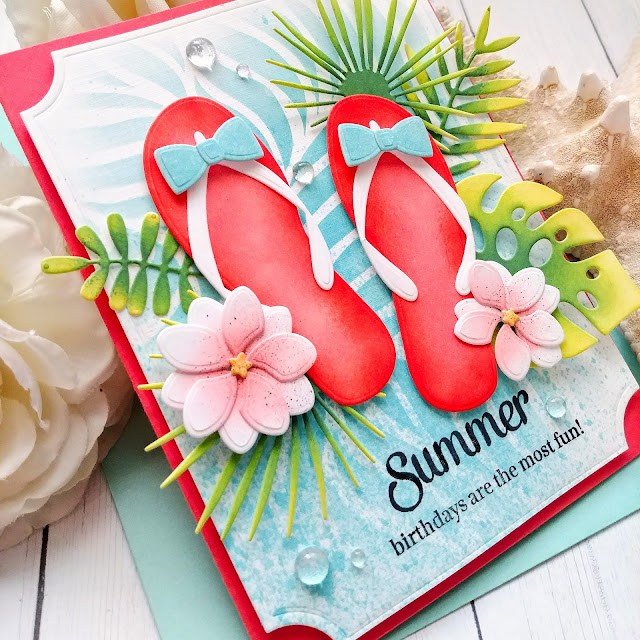 To begin this tropical design, I die cut a panel of Fresh Snow Linen Cardstock using the largest die in the Love to Layer: Notched dies set. Once that was done, I stenciled the background using Salvaged Patina Distress Oxide Ink and the Taylored Expressions Breezy stencil. I blended from the middle outward, leaving a bit of white around the edges. I also gave the bottom portion a light spritz of Salvaged Patina spray stain for a watery look! I wanted a bit of shimmer and shine so I added some shimmer spray over the top. 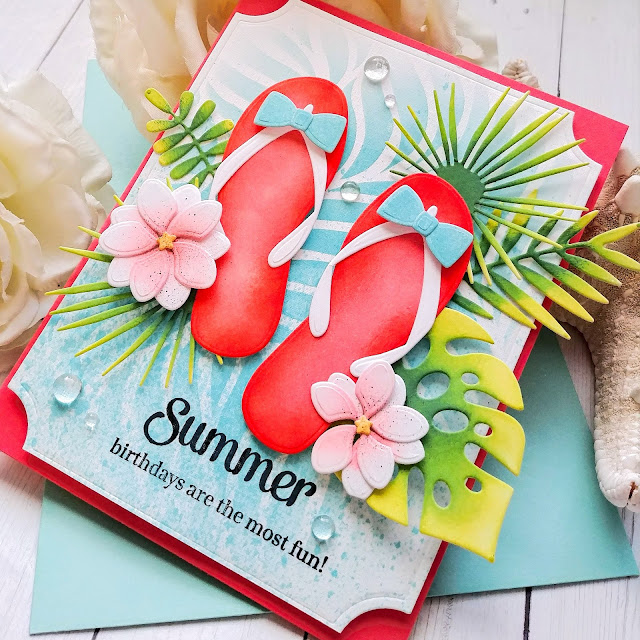 I set the background panel aside to dry and got to work on the leaves, flowers, and flip-flops! I die cut the leaves and flowers using the Tropical Bouquets Honey Cuts from white cardstock as well as the flip-flops using the Flip Flop Builder Honey Cuts. I bought these last summer because I HAD to have them and I just barely used them! ha ha! I colored all of the leaves, flowers and flip-flops using assorted Distress Oxide inks. 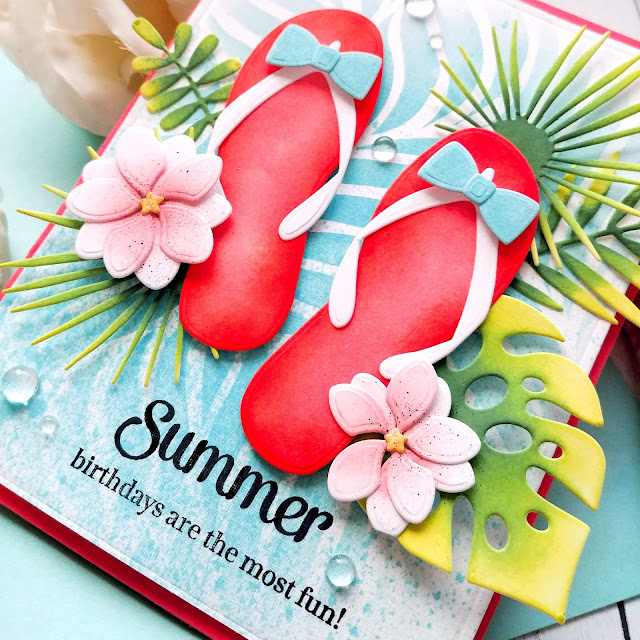 Before I began assembling the card, I stamped the sentiment, which is an old one from Papertrey Ink that has been retired. You could use any of your favorite summer sentiments in its place. Once the sentiment was stamped, I was able to add the flip-flops, leaves, and flowers using liquid glue and foam squares. 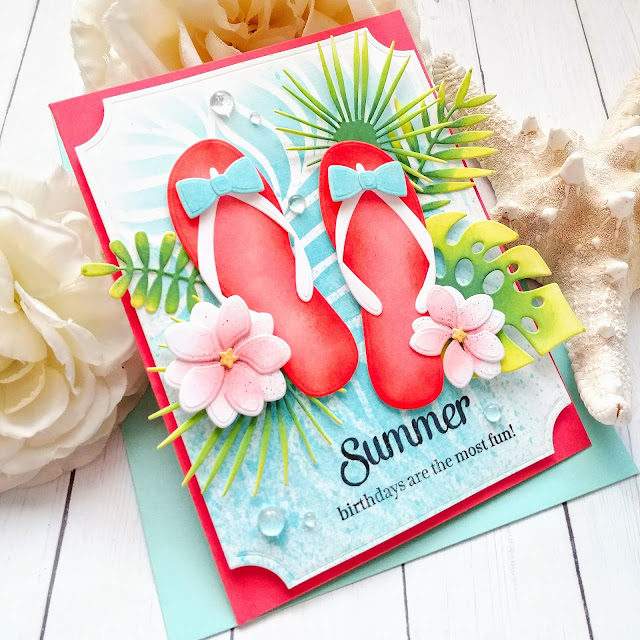 A few dew drops here and there add just the right amount of detail to finish off this design. I layered the notched panel to a Berry Sorbet card base using foam squares. I added some glitter as well, but only after I took the pictures. I was going back on forth on whether I should add it, but it looks really nice! Thanks for fluttering by!
Posted by Kelly Lunceford at 5:00 AM

Well hi there, hey there my dear crafty friend! I am head over heels in love with your amazing card! I looked at the flip flops at Honey Bee too, many, many times because Summer is my favorite season. And because I live in flip flops, almost year round here in Florida. I love how you made your background and used the tropical leaves. Perfection! ( this year’s model is the tie dyed look from Skechers, I bought several pairs when they were on sale). Somehow I just knew you were taking some well needed time off and I hope you’re having a wonderful time! Relax, have fun- then repeat! Thx for sharing your gorgeous card! 😎💖🏝

This card is so perfect for summer and I also live in flip-flops almost year round in Florida. I have missed your post so I'm glad to know you'll be back to regular posting soon.

Hi Kelly, I've also missed your posts, however I'm glad you took some time to yourself and I hope you had a fun summer. I've often wondered how you "designers" do all that you do and sometimes feel sorry that you all are so busy. Rest and refresh is so important. Thanks for all you give to us, but give to yourself also.

Everything on this card is a favorite summery/tropical element of mine! The colors, flip flops, greenery, wow!!! Gorgeous and fun!!!